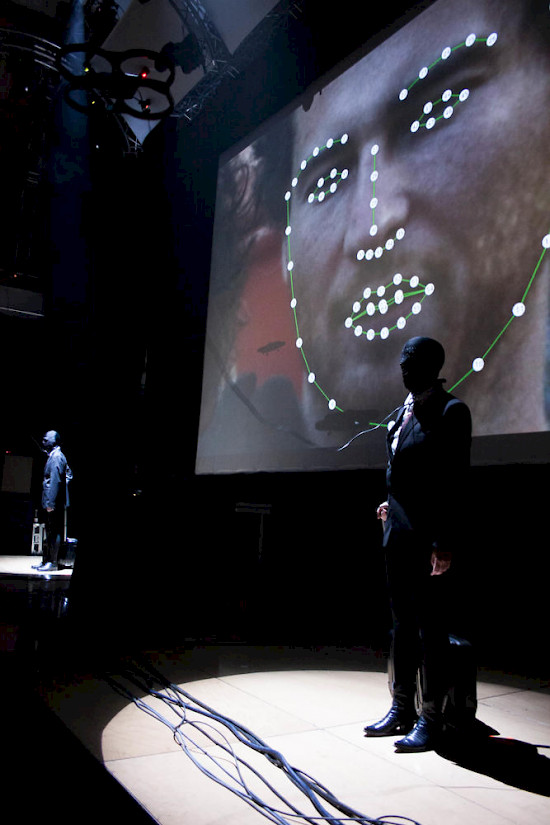 The performance OnLine, conducted for the first time during the Biennale Sessions at the Venice Biennale of Architecture in June 2014, translates data spaces into the sphere of visibility and audibility. The script code of a biometric method is being exposed as caption, as language, as sound. Digital information gained by the presence of the audience leads to a coherent entirety, a physical space of interaction coming into existence between analogy, difference and facelessness.
„Seen from a contemporary perspective, the modernist promise of never-ending progress appears to merge seamlessly with our day-to-day experience of a presence, mediated by vast amounts of digital information.With the performance titled OnLine, we attempt to address the fundamental importance of media for our sense of living in a social world by means of audio-visual information gained by the presence of its visitors only. While a face recognition algorithm exemplifies the self- similarity of meta-communities, its code is being played back to the audience within the ultrasonic spectrum.
A new User generation is born, faceless, reduced to the recursive logic of an algorithm, connected to and pulled by the forceful promise of a progressive symbiosis between technology and humanity.(Text by Wolfgang Fiel)