The Palais des Beaux Arts Wien was re-instituted when it began commissioning digital, browser-based art and research on the histories of media and memory. Throughout this process, the Palais’ operating system has evolved alongside its modes of representations; from a bootstrapped site-specific approach to the production of a translocal multiple and polyphonic collective.

Acknowledging the specific history of the digital as well as the transformations digitalization has had on the practices and politics of memory and erasure, the Palais des Beaux Arts Wien has become a postdigital surface dedicated to the projection of past, present and future alike.

Bernhard Garnicnig and Seth Weiner have taken on the role of directing and continuing this story. Their artist talk will share insights into collaborative digital media publishing practices in this troubling confluence where everything exists at the same time but might disappear at any moment. palaisdesbeauxarts.at

Bernhard Garnicnig (Alumni Digitale Kunst 2011) studied Digital Art, Media and Performative Sculpture in Vienna and Rotterdam. He is a founding co-editor of continentcontinent.cc, re-founder & former Very Artistic Director of the Palais des Beaux Arts Wien, the co-founder of the Bregenz Biennale, and the co-founder and Director of Supergood. He lectures “New Media Art” at UFG Linz, is a PhD candidate at the Academy of Fine Arts Vienna and research artist for “Institutions as a Way of Life” at the IXDM Basel as well as a member of the board of directors at Künstlerhaus Bregenz. He participated in and convened exhibitions, lectures, workshops and residencies internationally, most recently Supergood – Diálogos com Ernesto de Sousa at MAAT Lisboa, The Unified Field Residency Ayoke, Philippines; Resilience Residency Serrinha do Alambari, Brazil; continent. at Technosphere 1948 Haus der Kulturen der Welt.

Seth Weiner (1982, USA)
Often containing performance and proposal simultaneously, Weiner’s work employs a wide range of media in which he explores the gaps between architectural fiction and social convention to create both actual and imagined spatial environments. He studied architecture at SCI-Arc in Los Angeles (2010), drawing and painting at the University of Michigan, Ann Arbor (2005) and sound at the Center for the Creation of Music Iannis Xenakis in Paris (2006). Process-based and collaborative, Weiner has worked with Untitled Collective (co-founded in 2010), Gruppe Uno Wien, and since 2012 has served alongside of Gerhard Schultz as the Co-Artistic Director of Berlin-based Care Of Editions, a conceptual business model in the form of a record label. In 2018, Weiner became the Artistic Director of Palais des Beaux Arts Wien, where his focus has been on addressing collective forms of access and expression through matter, memory and void. 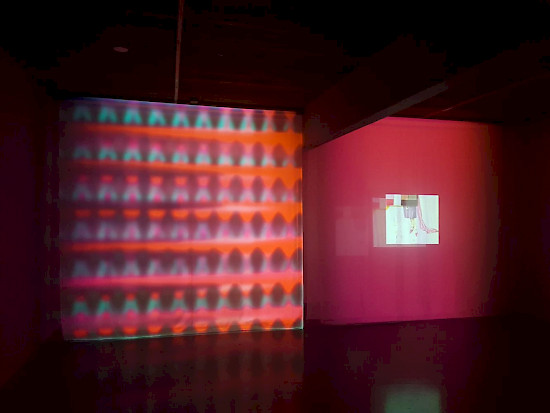