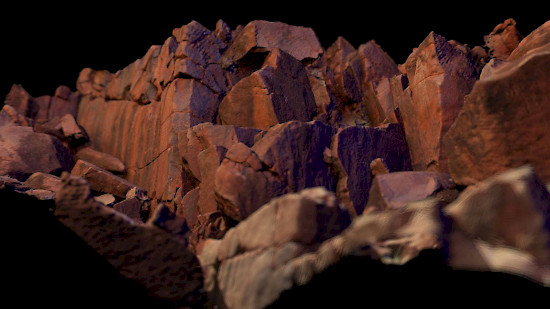 Josh Harle will be discussing the idea of 'technology as cultural practice', and will introduce works from his practice to illustrate his research methodology: hacking and critically re-appropriating technologies to reveal the ideology behind their various attempts to make sense of the world.


Josh Harle is a Sydney-based multidisciplinary researcher and media artist with a background in computer science, philosophy, and fine arts. His practice explores the contemporary use of digital technologies to map and make sense of the world, critiquing the often ideological practice of digital capture and the reductive representations of space that mediate our engagement with the world (e.g. GPS navigation and Google maps). In contrast he investigates the expressive potential of digital representations that extend theatrical and cinematographic techniques to create convincing, immersive, and evocative spaces (e.g. narrative-based video games).


His works take various established and emerging mapping technologies (such as laser scanning, photogrammetry, GPS tracking) and re-appropriates them as expressive mediums, altering their outcomes to introduce an affective element which is normally absent. The resulting 'maps' embrace rather than obfuscate their performative origins – showing the contingency of their creation.

Josh Harle is currently the artist-in-residence with the RIAT (Research Institute for Arts &Technology) at Q21 in MuseumsQuartier and is supported by Austria Australia Arts. He will give a workshop at the Coded Cultures festival Vienna in May 2016.