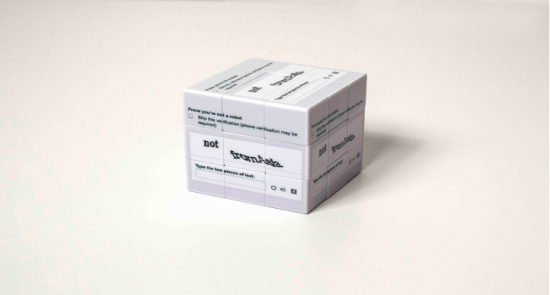 Would you ask a friend to do work you don’t want to do yourself? In automation, robots and other nonhuman devices perform labor that would otherwise have to be done by humans. This continues troubling histories of offloading unwanted work onto those considered less-than-human, including exploited people. Acknowledging these legacies, this lecture brings together examples of Behar’s artwork alongside episodes from media history and popular culture, all of which compel us to approach automation differently—as a matter of friendship.

Katherine Behar is an interdisciplinary artist and critical theorist of new media whose works exploring gender, race, class, and labor in contemporary digital culture have appeared throughout North America and Europe. Behar applies object-oriented feminism into practice in her art and writing. Her work connects feminist and antiracist postcolonial histories with a wave of new theories that grapple with the nonhuman object world.

Pera Museum in Istanbul presented Katherine Behar: Data’s Entry | Veri Girişi, a comprehensive survey exhibition and catalog, in 2016. Additional solo exhibitions include Backups (2019), E-Waste (2014, catalog/traveling), and numerous others collaborating as “Disorientalism.” Currently, Behar is developing an ambitious interactive robotic installation, Anonymous Autonomous, which received work-in-progress solo exhibitions at Robert Morris University and University of Michigan. Behar is the editor of Object-Oriented Feminism, the coeditor of And Another Thing: Nonanthropocentrism and Art (with Emmy Mikelson), and the author of Bigger than You: Big Data and Obesity. Fellowships and residencies include MacDowell, Santa Fe Art Institute, Nida Art Colony, Pioneer Works, Art Journal, Wassaic Project, Franklin Furnace, and others. Behar is based in Brooklyn and is Associate Professor of New Media Arts at Baruch College, CUNY.