“What if the design of the spaces we inhabit was the work of algorithms? In computer and information science, the definition in a database of categories, properties and relations between elements forms a model of the world, or an ontology. When displayed in immersive experience apparatuses such as Intelligent screens, XR headsets, domes, architectural projections…, ontologies expose explorable architectures of information, terrains inviting us in and confronting us to novel experiences of reality.“

In his talk Luc Courchesne will speak about his work and the potential and shortfalls of algorithmic generation of explorable worlds and of how they may reframe the idea we have of ourselves and of the world we live in.

Luc Courchesne is a pioneer in media art and design. From interactive portraiture to immersive experience systems, he has developed innovative approaches which have earned him prestigious awards such as the Prix Paul-Émile Borduas (2019), Quebec’s highest award in visual arts, the ​​Grand Prix ​​of the ICC Biennale 1997 in Tokyo, an Award of Distinction (1999) and several Honorary Mentions (1994, 1996, 2002) at Prix Ars Electronica in Linz, Austria, an exhibition at the Museum of Modern Art in New York (1994), an invitation by Nam June Paik to present at the Gwangju Biennale (1995), and participations in Wired’s NextFest in Chicago (2006) and New York City (2007). His work is part of major public and private collections in North America, Europe and Asia including the ZKM (Karlsruhe), the ICC (Tokyo), the National Gallery of Canada (Ottawa) and the Canadian Center for Architecture (Montreal). A graduate of the Nova Scotia College of Art and Design (1974) and of the Massachusetts Institute of Technology (1984), Courchesne was a student of Toni Mann, Michael Snow and Otto Piene. Luc Courchesne [courchel.net] is a founding member of the Society for Art and Technology [sat.qc.ca], honorary professor at Université de Montréal [umontreal.ca] and member of the Royal Canadian Academy of Arts. 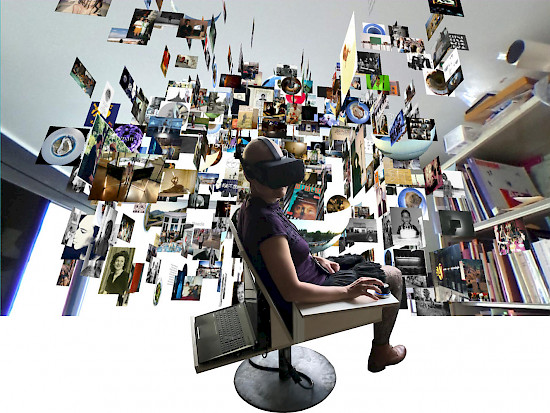