„Assocreation: From the Ground Up“ 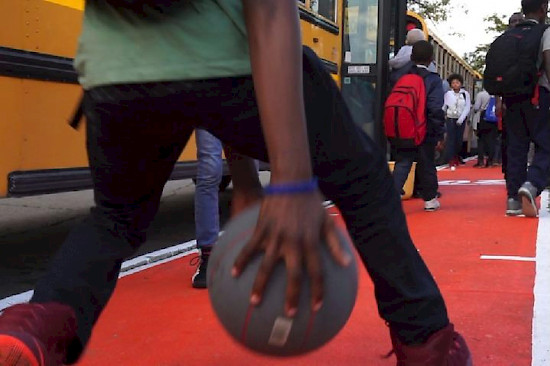 In this talk, Roland Graf will show his work with the artist collective Assocreation.From using the ground as an interface to daylight as a medium, the group invents and builds experimental interfaces for the public that inspire ludic behavior and new modes of thinking about space, technology, and human interaction.

Roland Graf is a media artist, designer, and professor at the Stamps School of Art & Design at the University of Michigan (USA). In his work and research, he explores speculative play and design as strategies for critique, social engagement and technology development, reframing the body and interactivity in the built environment. Since 1997, he has co-directed the artist collective Assocreation, best known for its award-winning interactive installations such as the telematic sidewalk Bump (Prix Ars Electronica Distinction 2001) or the sun-powered street video game Solar Pink Pong (Excellence Award at the Japan Media Arts Festival 2016). Since his relocation to the USA in 2011, he has started several art & technology research initiatives at the University of Michigan, including Daylight Media Lab, a collaboration with computer engineers and material scientists seeking to change the way we see daylight through the lens of technology; Internet of Shoes (IoS), a sensory networking platform for collective street-level interactions; and most recently, iGYM, an augmented reality system for inclusive play and exercise for people with mixed abilities.