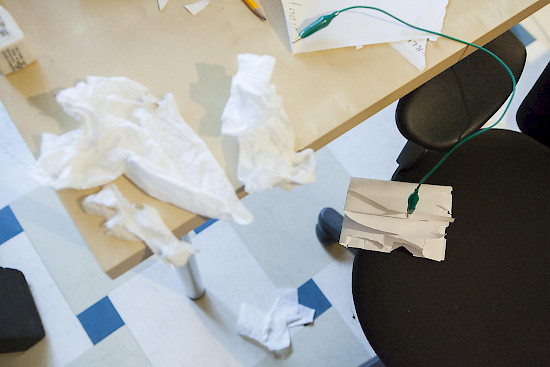 This talk will address the role of mutation in recent sonic performances generated by various pragmatic approach tactics to the ungraspable that testify on the emergence of monstrous voices and hermetic entities through the creative process.

Biography:
Alexandre St-Onge is an audio artist, a musician/improviser (bass, voice and electronics) and a sonic performer. Philosophiae doctor (PhD) in art (UQAM, 2015), he is fascinated by creativity as a pragmatic approach to the ungraspable and he has released over ten solo albums including viorupeeeeihean (Oral), Entités (Oral) and Kasi Naigo (squintfuckerpress) amongst others. He also plays in quite a few bands which released several albums : Et Sans, K.A.N.T.N.A.G.A.N.O., Klaxon Gueule, Pink Saliva, mineminemine, Shalabi Effect, Les esprits frappeurs and undo. As a composer he has worked for interdisciplinary company kondition pluriel, as well as composing for artists such as Marie Brassard, Karine Denault, Lynda Gaudreau, Line Nault, Jérémie Niel, Maryse Poulin and Mariko Tanabe.