"CRIATECH and Aveiro: living the future" 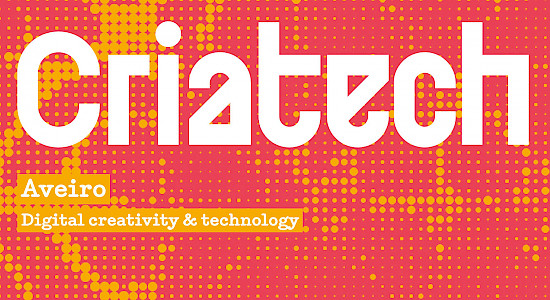 CRIATECH – Digital Creativity and Technology is an annual event that promotes artistic creation and combines digital arts and technology in public space and heritage sites. The festival contributes to consolidate Aveiro as a territory of excellence in the area, by linking scientific knowledge, tradition, industry, resilience and the spirit of initiative.

Last year's CRIATECH has explored imminent imbalances and the efforts to maintain existing balances, whether between nature and men, nature and technology, or men and technology and machines. This relationship focuses on the axes of thought, but also of memory, of how mankind views the past, feels the present, and imagines the future.

CRIATECH is part of the municipal program AVEIRO TECH CITY that encourages the link between physical, immaterial and modern memory through creative acts in the digital and electronic areas, creating in the public a new experience with spaces and collective memory - between ephemeral and definitive, thus generating the heritage of the future.

This new art merges with Art Nouveau in its conceptual essence, as a symbiosis of the development and innovation between technique and art.

José Pina has a degree in International Relations, a post-graduation in Cultural Tourism (Barcelona University) and a master’s degree in Cities and Urban Cultures (Coimbra University). He has been a cultural programmer and manager since 1998, having been responsible for several cultural institutions and festivals. He is the current Teatro Aveirense’s director and cultural adviser to Aveiro’s mayor, along with the management of the city’s candidacy to European Capital of Culture and the implementation of its 2019-2030 Strategic Plan for Culture. Carlos Verissimo is a curator and art work producer for the festival.