In this presentation, I will share the research conducted within the Forensic Oceanography project over the last years, in the aim of documenting and analysing border violence in the Mediterranean Sea. I will argue that the policing and the crossing of the EU’s maritime frontier generate a particular aesthetic regime – understood as what presents itself to sensory experience. Distinct conditions of (in)visibility and (in)audibility are imposed by states’ restrictive policies, but are also shaped, transformed, and contested by multiple other actors, including migrants’ themselves. Understanding this shifting aesthetic regime and the way it shapes border violence has been crucial to our project. Through several cases, I will demonstrate that to contest the violence of borders, one must also challenged the boundaries of what can be seen and heard. These boundaries however are highly ambivalent and in constant flux, and demand careful positioning.

Charles Heller is a researcher and filmmaker whose work has a long-standing focus on the politics of migration. In 2015, he completed a Ph.D. in Research Architecture at Goldsmiths, University of London, he is currently conducting a Visiting Lecturer at the Graduate Institute, Geneva. Together with Lorenzo Pezzani, in 2011 Heller co-founded Forensic Oceanography, a collaborative project based at Goldsmiths that has developed innovative methodologies to document the conditions that lead to migrants’ deaths at sea. Heller and Pezzani have also launched the WatchTheMed platform, a tool enabling nongovernmental actors to exercise a critical right to look at the EU’s maritime frontier. They have authored a number of human rights reports, including "Report on the Left-to-Die Boat" (2012); “Death by Rescue” (2016); “Blaming the Rescuers” (2017) and "Mare Clausum". Their videos "Liquid Traces" (2014), “Death by Rescue” (2016), "The Crime of Rescue" and “Mare Clausum” (2018) have been exhibited internationally, including at the HKW, the Venice Biennale, the MACBA, the MOMA, the ICA and Manifesta 12. 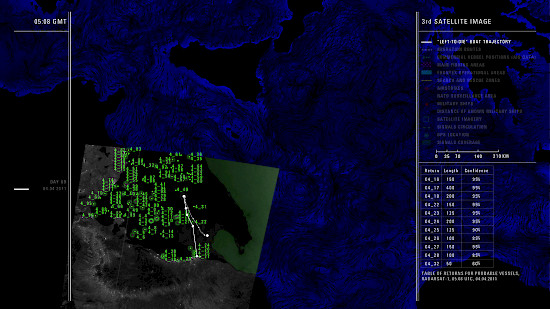