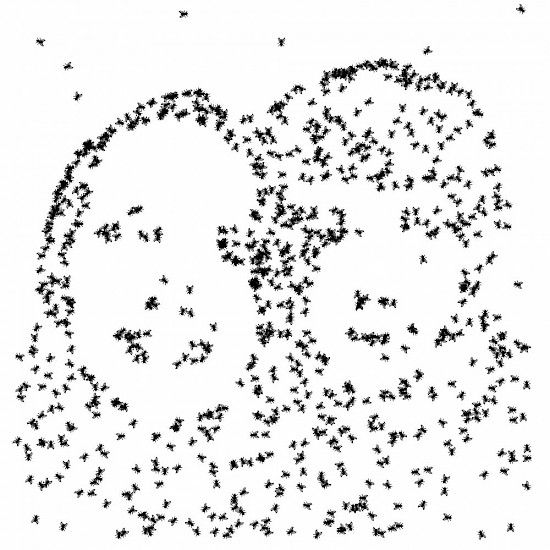 Artists and designers in the area of interactive art have been conducting artistic research in human-machine interaction for a number of years now. Interaction and interface design have not only had their roots in human computer engineering but have also seen parallel developments in media art. With products of interactive technologies increasingly spreading into our private and professional lives, it is interesting to see where early notions of interactivity and user participation came from and how artists over the past 40 or more years have already looked at the merits of audience involvement in their artistic work. In this lecture artistic and social notions of interactivity will be addressed and specific examples of the artistic works by Sommerer and Mignonneau as well as the Interface Cultures Department at the University of Art in Linz will be presented.

Christa Sommerer is an internationally renowned media artist, researcher and pioneer of interactive art. After working, researching and teaching in the US and Japan for 10 years, she in 2004 together with French media artist Laurent Mignonneau set up the department for Interface Cultures at the University of Art and Design in Linz, Austria, where they are both professors. Sommerer is also an Obel Guest Professor at Aalborg University in Denmark, a Visiting Professor at Tsukuba University Department of Empowerment Informatics in Japan and together with Laurent Mignoneau Chaire International Guest Professors at the Université Paris 8 in Paris, France. Sommerer and Mignonneau created around 30 interactive artworks, which have been shown in around 250 international exhibitions. They have received numerous awards: the BEEP Award at ARCO Art Fair in Madrid in 2016, the 2012 Wu Guanzhong Art and Science Innovation Prize which was bestowed by the Ministry of Culture of the People’s Republic of China; the 1994 Golden Nica Prix Ars Electronica Award; the 1995 Ovation Award of the Interactive Media Festival in Los Angeles; the Multi Media Award'95 of the Multimedia Association Japan, the 2001 World Technology Award of the World Technology Network in London UK and the PRIZE 2008 - uni:invent Award, which was bestowed by the Ministry of Science and Research in Austria.

More information is available at: http://www.interface.ufg.ac.at/christa-laurent