„The Age of Experience – media art's re-presented and expanded realities“ 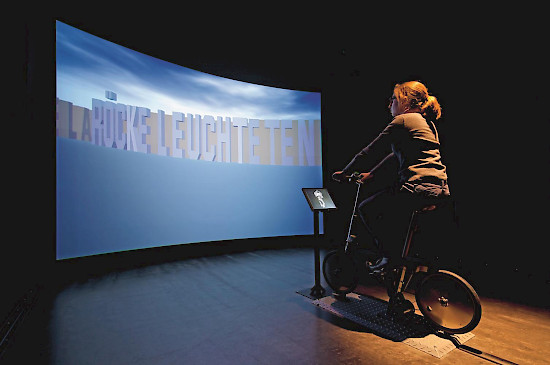 In his lecture Shaw will draw on Willem Vlusser's concepts of 'apparatus, program and freedom' to elucidate his technical, conceptual and aesthetic researches in the fields of virtual and augmented reality, immersive visualization environments, navigable cinematic and interactive narrative systems.

Professor Jeffrey Shaw (Hon.D.CM) has been a leading figure in new media art since the 1960's. In a prolific oeuvre of widely exhibited and critically acclaimed works he has pioneered and set benchmarks for the creative use of digital media (www.jeffrey-shaw.net). Shaw was the founding director of the ZKM Institute for Visual Media Karlsruhe (1991-2002), and in 2003 he was awarded an Australian Research Council Federation Fellowship to co-found and direct the UNSW iCinema Research Centre Sydney (www.icinema.unsw.edu.au). Since 2009 Shaw is Chair Professor of Media Art and Dean of the School of Creative Media at City University Hong Kong (www.cityu.edu.hk/scm), as well as Director of the Applied Laboratory for Interactive Visualization and Embodiment (www.cityu.edu.hk/alive) and Centre for Applied Computing and Interactive Media (http://www.acim.cityu.edu.hk/). Shaw is also Visiting Professor at the Institute for Global Health Innovation at Imperial College London, and the Central Academy of Fine Art (CAFA) Beijing as well as a partner of the PEEK-Research-Project Digital Synesthesia.