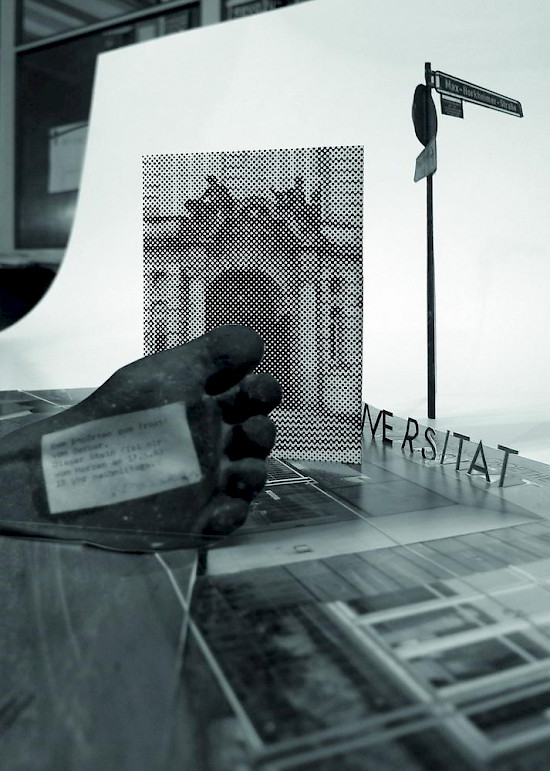 In Trophäen ihrer Exzellenz photographic objects speak to the complicity between architecture and changing power relations. The exhibition examines the transformation of Johann Wolfgang Goethe-University in Frankfurt from a castle-like citizens‘ university of the German Empire to a modernist mass university, which housed the Frankfurt School, to neoliberal “Clusters of Excellence”. Based on the collaborative research with urban sociologist Klaus Ronneberger, architectural fragments and appropriations of meaning operate as trophies that mark the path to excellence. Trophies here are not only objects, but also images of the architectural and urban processes of appropriation, as well as agents for changing interests and power relations.

Biography:
Based in Vienna and Vancouver, Sabine Bitter and Helmut Weber collaborate since 1994 on projects addressing cities, architecture and the politics of representation and of space. Mainly working in the media of photography and video their research-oriented practice engages with specific moments and logics of the global-urban change as they take shape in neighborhoods, architecture and everyday life. With Jeff Derksen they founded the research collective Urban Subjects in 2004. Sabine Bitter is associcate professor at Simon Fraser University in Vancouver, Canada.

Talk on the exhibition by Ruth Horak, art historian, Vienna.